Learning a new natural language could be quite challenging. I experienced it myself after moving to the US seven years ago. I did not understand the way the society worked nor could I speak English very well. The language remained a big issue for a while. I couldn’t read complicated articles or books, talk with my fellow students at the university very well or understand what the hell people on the radio were discussing. 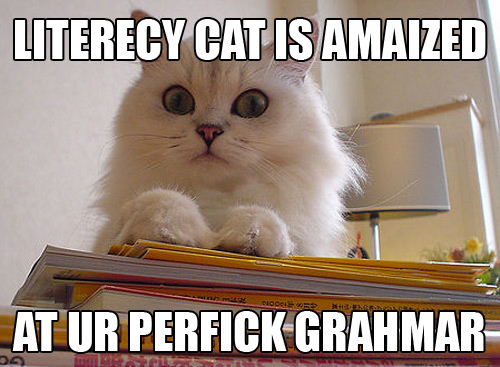 It turns out that learning a new language is really just about training your brain to recognize and reproduce thousands of little patterns such as letters, words, sentences and sounds. The process of adopting these patterns takes a long time.

There are several techniques that helped me improve my English over the years. I want to share some of them in this post and hope that second language learners and immigrants will find it helpful as well.

Figure Out Your Goals

My first advice and perhaps the most important thing for learning a new language is to figure out what your goals are. It’s not going to be fun trying to get rid of an accent if doing it is actually not your objective. Some people might want to speak well but they don’t care as much about writing or reading. That’s fine. There is no reason to force yourself into something that is not your goal and something that you are not going to use very much. When I moved to the US, I didn’t have any goals setup during my first year. It was quite terrible since I couldn’t embrace the culture and start living my life the way I wanted to. I realized that two things, which were essential to me at the time, were speaking and reading. That’s how I started the long process of getting rid of my accent, learning idioms, and reading as much as I could.

This is perhaps one of the most serious issues that come up once a foreigner starts to learn English. People get embarrassed when they can’t express their thoughts in a cohesive manner even though they could do it just fine in their native language. They are afraid to appear dumb or incompetent. Fuck that! Seriously, if you think about it, in professional life (if you actually produce something of value) nobody gives a damn about how you pronounce words or what mistakes you make while talking. The only thing that matters is your output as a worker. Can you make or fix something and be good at it? If yes, don’t be shy. In personal life, language can become an issue but it’s still not a good reason to be shy, since without practice you won’t get to where you want to be (a bit circular but true).

I found out that one technique is particularly useful when trying to get rid of an accent and learn how to pronounce things correctly. It happened right after I embarrassed myself at Home Depot asking for a pen lid handle instead of a pan lid handle. The sales associate was extremely confused and only after I spelled out “pan” letter by letter did he get what I said. Then he pronounced it properly and I repeated it after him. This was an eye opening experience in a way. I started listening to how people pronounce certain words and expressions that I found tricky or hard. After that I would quietly whisper it to myself 5 or 10 times. This technique helped me to significantly improve my accent and pronounce words correctly.

Listen to Rap and … Rap Yourself!

Whether you like rap or not, it’s fascinating to hear how some rappers play with the language, rhyming words insanely fast yet keeping lines somewhat understandable. Even though you might not learn any good grammar from contemporary rap pieces, it’s still a great way to practice speaking fast and clear. Learn a few songs and rap them in your car on the way to work or at home when no one can hear ;). Listen to rap and try to understand what the songs are about—it’s a great way to train your brain to recognize expressions and words that are pronounced quickly.

Read as Much as You Can

Reading in the language you are trying to learn is the best way to find new words and expressions. Read as much as you can: in the morning during breakfast, in the restroom from your phone, and in the evening before going to bed. Read all signs and ads that you see on the street. If you see an unfamiliar word, look it up right away or write it down in your notes and look it up later.

Become a Part of the Culture

This is perhaps the toughest thing to do when you move to a new country. It has enormous benefits when done right. Embracing the new culture involves noticing little details about the society and trying to understand them. Any language reflects a lot of things about the society. Therefore, better understanding of the culture improves your language skills at a high level (it’s sort of like reverse engineering). The best way to start understanding the culture is to find friends that are native and hang out with them as much as possible. Check out your local meetups or groups for that. Enrolling for some classes at a university would also help.

Even after living in the States for several years, I’m trying to improve my English in any way I can. I still use the techniques and advice described above and they haven’t failed me once. I would greatly appreciate if you shared this article with friends who are struggling with learning a second language.

I’d be humbled if you followed me on Twitter.