The only meaningful pursuit that we, as a species, can engage in is space exploration and colonization. Everything else is secondary. Let me explain. 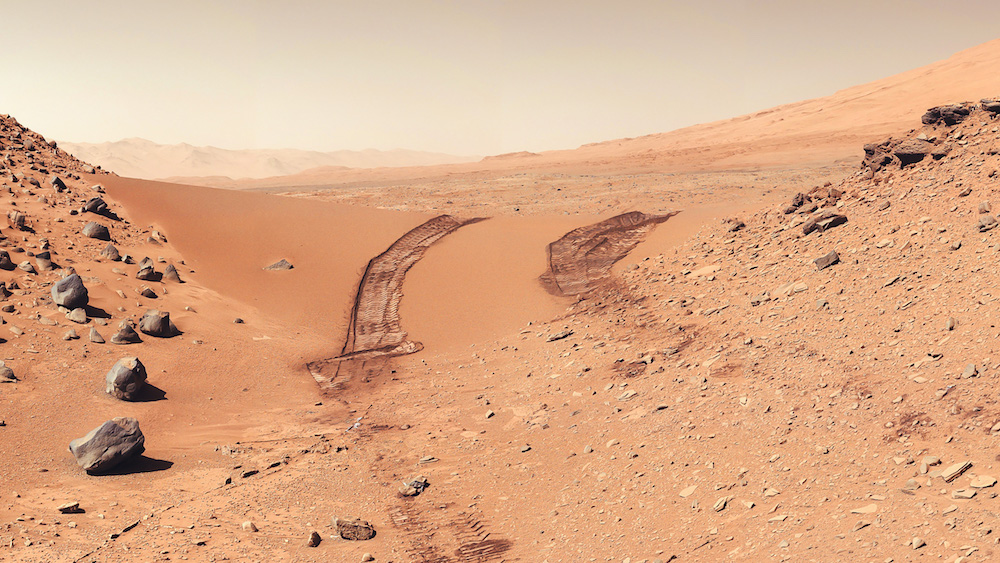 Life on Earth is a stubborn entity. Sometimes it feels like that all life is good for is survival optimization under constantly changing conditions of the environment. May be evolutionary stubbornness is a universal property and life shares it everywhere in the Universe. Yet, the only kind of life we’ve ever known exists and thrives on Earth. For now.

Life Is in Danger

Earth experienced five major extinction events when living populations went down to a fraction of what they used to be before the event. 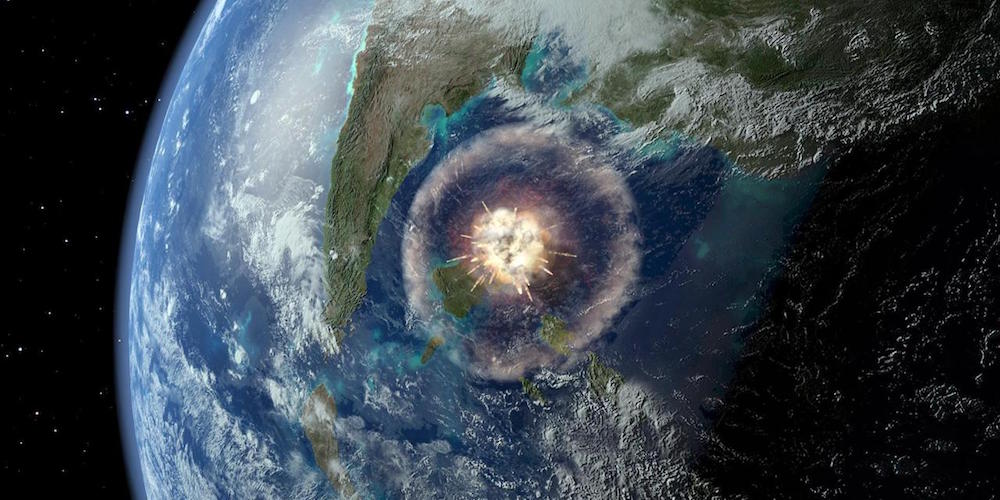 Artist’s impression of the asteroid that killed dinosaurs. Credit: unknown

Extinction events were caused by different factors: global cooling, global warming, asteroid impact, oceanic overturn, supernova, and some others. I truly believe that if those events were studied more diligently at schools, we would have a better society and political systems across the globe. For one thing, we, as a species, would’ve focused more on long and extra long-term goals.

What are those “long-term goals”? The answer probably depends on individual opinions and societal biases of those you ask but there are several common themes that come up regardless of whom you talk to. Those are usually considered to be humanity’s most audacious goals and problems of the highest importance. They are also, generally, wickedly hard to solve.

Slowing down and reversing human-caused climate change, curing cancer and other life-threatening diseases, eradicating poverty, decreasing suffering in war-ridden regions, fighting social injustice, answering the most fundamental questions about the world . . . Problems like that is what drives true technological innovation and positive social changes. But none of it matters in the long term if we don’t solve one problem that’s been haunting life on Earth for the past 3.5 billion years: survival.

Before I focus on this problem specifically, I’d like to explore why we should care so much about long-term problems in general.

Humans are made out of atoms and follow the same laws like all the other entities in the Universe. Humans are also quite special (at least on Earth) because we possess certain qualities—byproducts of evolution—that give us urges that other lifeforms don’t have: an unexplained desire to explore the Universe outside of our own planet, search answers to the most important questions (What is consciousness? Are we alone in the Universe? Why is there something rather than nothing?), and focus on high-level problems outside of our immediate circle of responsibilities.

“We are part of this Universe; we are in this Universe, but perhaps more important than both of those facts, is that the Universe is in us.” 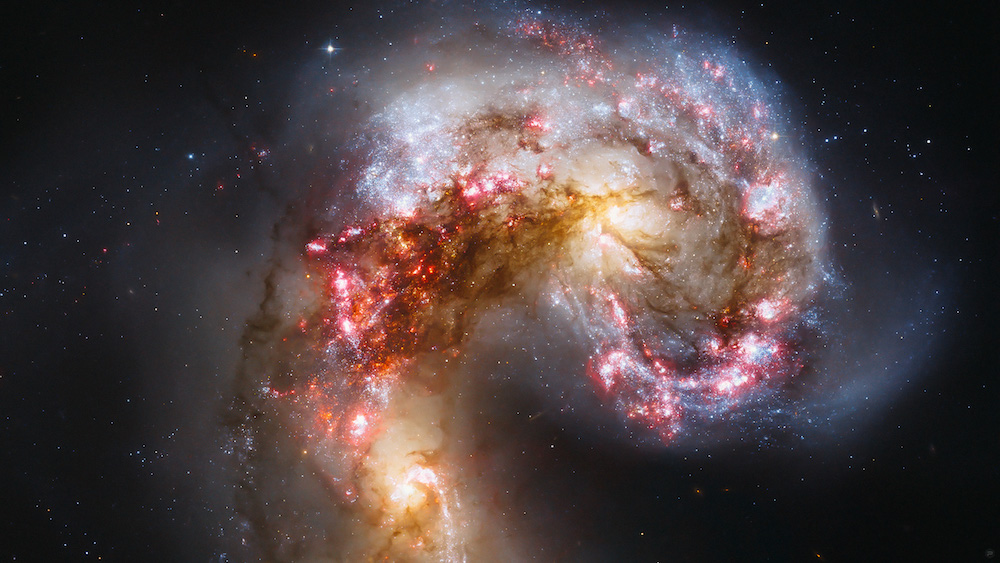 Hubble image of the Antennae galaxies. Credit: B. Whitmore and James Long

It’s a beautiful thought. If you use it as a guiding principle in further intellectual exploration of the meaning behind grand long-term goals it becomes clear that answering fundamental questions and exploring is something that we must do to fulfill our purpose as Universe’s way to cognize itself.

Survival Is a Problem

Back to survival now . . . Why focus on it? Well, for one thing, surviving is what we are supposed to be doing as a successful life form—it’s part of our genetic program. Secondly, I believe, purposeful survival is one of those special human qualities that I talked about earlier.

Everything we do here on Earth will be eventually destroyed. If we manage to not kill ourselves in the next few hundred years because of a nuclear conflict, depleted natural resources, or climate change there are still other immediate external dangers. Large asteroid impacts, supernovas, supervolcanoes, solar flares, and other destructive events happened many times in the history of Earth. There is no reason to believe that they won’t ever happen again. To be blunt: we are living on borrowed time. Even if nothing happens, which is, again, extremely unlikely, life on Earth will meet its ultimate demise when the expanding Sun dries up the oceans in less than two billion years.

This is sort of a dark picture. It doesn’t get better when you think about how dysfunctional the mankind really is. The majority of the population in poor countries suffers on a daily basis and struggles for survival. In rich countries many of us are collectively sitting in front of TVs watching degenerate shows, drinking soda, and eating junk food. On the other end of the spectrum, some of the brightest minds are wasting precious time and resources solving “first world problems.”

Thankfully, not everything is bad. If anything, there are more reasons to be optimistic about long-term goals and survival today than ever before. There are many entrepreneurs, makers, engineers, scientists, doctors, teachers, writers, artists, and even some politicians out there that are trying to focus on things that are above the mundane.

Solutions Are Hard but Achievable

How do we survive? What do we need to survive? The only scientific way of survival that we know of is to become an interplanetary and, eventually, interstellar species. I call it priority number one. It really is simple: if Earth becomes uninhabitable we’ll have more locations where we can thrive, be it other planets or star systems.

This goal ought to transcend all other human activities and pursuits. 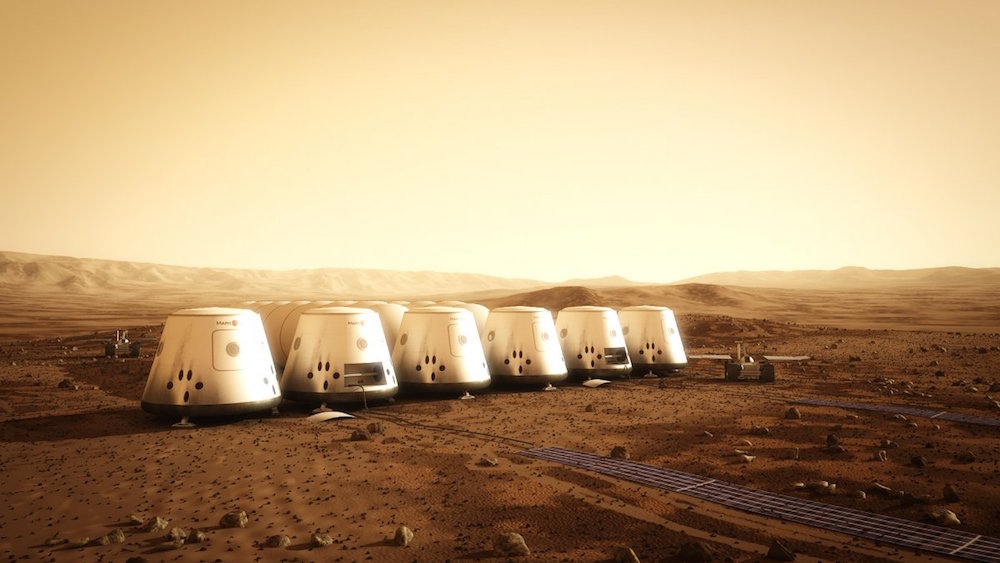 This is what one of the first Martian colonies could look like. Credit: Bryan Versteeg/Mars One

To go interplanetary we have to do four things:

What can you personally do to help humanity survive by becoming an interplanetary species? Surprisingly, there are many things of varying levels of importance that can be done by anyone:

Survival of the species is the most difficult and important challenge that the human race has ever had to deal with. It’s a group effort and it’s a long process that we have to collectively support. Personally, I’m bullish on our ability to survive and create settlements on other planets. It’s definitely within our reach. We just have to push ourselves to work towards it more.