Talent is overrated. It also creates unrealistic expectations for aspiring individuals of all ages and ability levels. It’s time that we stop using this toxic word. 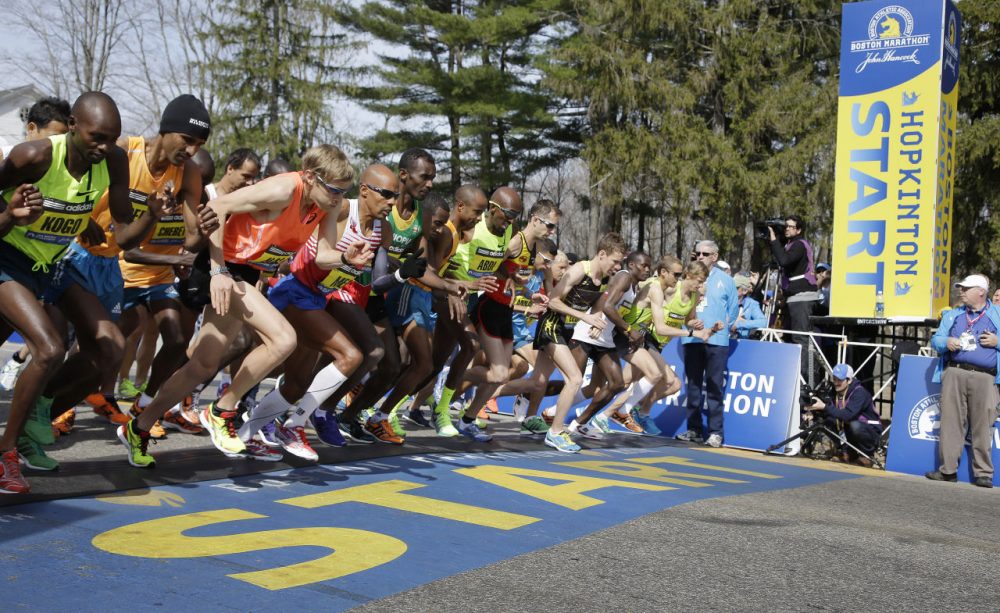 The starting line of the 2014 Boston Marathon. Credit: Stephan Savoia/AP

“He is so talented”, “We are looking for top talent”, “We’ve got to recognize and retain talent”, “She just received an offer from Google. She must be so talented!” How many of those have you seen in blogs, recruiter emails, and daily interactions with your friends and colleagues?

There is something creepy about how we connect one’s success to their talent without giving enough credit for hard work. Seeing things through the lens of talent creates a magical aura of being special and unreachable by mere mortals. It also creates divisiveness in organizations where having a specific job title, like “software engineer,” means that you are in the bucket of employees that can rip the benefits of being “talented,” more so than other job titles like “sales” or even “managers.” How often do you hear someone say “he is such a talented manager?”

Of course I am not saying that there is no such thing as talent. I think of talent as a measure of intellectual abilities (IQ, memory, and certain modes of thinking) that depend on brain features, and physical abilities (strength, agility, speed, and dexterity). Abilities can drive interests and, eventually, mastery of specific skills.

Undeveloped abilities and talents are worthless. A brilliant kid without direction won’t become a great engineer or the next chess world champion. The talented are always in danger of being overconfident. It’s a funny paradox: if you are gifted, you can maintain the facade of being competent by simply demonstrating things that regular Joes would consider borderline magical, when in reality you are just using your natural abilities to BS through life. Without proper discipline talents corrupt.

What’s more important than talent? I think it’s dedication, grit, and focus. No genuinely novel and difficult work can be accomplished by simply being gifted. Hard work is a grind where talent can certainly help but, more often than not, it could get in the way. Focusing on grit and discipline is better in the long-term and is less disaster prone than focusing on talent.

Another argument against fixating on talent is that brilliant people are, by definition, outliers. If your hiring pipeline is setup in such a way that it only targets gifted people then it will result in disappointments. As with most things, the amount of talent distribution resembles the bell curve with outliers on both sides: really dumb and really smart people. Don’t target the top 5%! This top percentile is the elusive “top talent pool.” Focus on getting the top 30%, then overlap them with the top 30% of hard workers, and you’ll get your high quality hires. If that doesn’t convince you, look at it from a different perspective: if most companies try to get the top 5% of gifted folks then it’s mathematically impossible for everyone to hire them. What makes you think that your company is the one to win at the top talent game? Are you the top 5% company?

Labeling somebody “talented” is really damaging to those who haven’t crossed the gap between being bad and being good at something. For some people, this gap small and for others it’s the size of The Grand Canyon. When you are just getting started, it’s mentally hard to see past the gap that’s in front of you. It’s even harder when you don’t have natural talent, but with enough work you can still be pretty good at something. That’s why a lot of people get discouraged and give up since they think that they will never be able to compete with the “most gifted.” To this I say “baloney!” Don’t give up just because you are not talented. There is plenty of room for hard workers out there.

This essay would be incomplete without mentioning the overlap between the top 5% talent and the top 5% of people with grit (maybe, it’s the top 1%—the specific number doesn’t matter here as much). Real magic happens as the result of this rare overlap. It’s the sweet spot where Olympians, principal engineers, inventors, and visionaries are created. To see those folks in action is fascinating and it’s even more fascinating to socialize with them. I’ve been privileged to talk and work with a few of them in the past and in each case it’s been a life-changing experience.

There is one surprising lesson that most of those outliers taught me. It’s counterintuitive but I really grew to appreciate it.